Excerpt from Chapter 15: Hitching a Ride 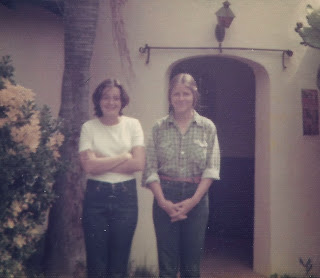 'Back on the road, we were delighted when two guys,driving a rusted blue sports car passed us and then reversed their vehicle after reconsidering their decision to give us a lift. With only a little more than an hour to go we didn’t hesitate to jump in.
The drive along the coast was exceptional, and even more beautiful than I had remembered, with every white sand beach more spectacular than the one before. The panoramic mountain vista behind us provided the kind of spectacle that could cure even the most cynical person’s mood. It seemed like ions ago we were freezing our asses in a teensy tent.
Our car wheeled into the Big Sur campground (Big Sur is derived from the Spanish term: “el sur grande” which translates as “the big south”) and the guys let us off; they were in a hurry to make it to L.A. by nightfall. Our farewell was short and sweet.
As they drove away, Jan and I stood motionless in the parking lot. Shouldered between robust mountains, cerulean sea, firey sun, and blue tinged sky, the landscape up and down the coast from the mouth of the Big Sur basin was nothing short of extravagant. For miles and miles in both directions daunting cliffs, sprinkled with a profusion of colored cacti perched upon jagged rock stretched beyond where the eye could see. We couldn’t have summoned a more heavenly place to rest our heads.
Employing the same tactic we’d tried the night before but without success, we decided to give it another shot. Waiting until the park official was busy attending a carload of kids and parents, Jan and I proceeded to sleuth past the visitor’s booth and into the campground without paying. Once safely beyond the front entrance, we popped into the general store to pick up some cheap dinner items, and then scoured the property for the most idyllic setting to drop our tent, a respite for our bodies and our minds.
It wasn’t long before we found it, a site located adjacent to a running brook just below a wooden bridge and pebbled pathway. Humongous fir trees, and the rugged Santa Lucia mountain range were not far off in the distance. Quickly, Jan and I set up our tent and unfurled our bags for sleep, which would likely be earlier rather than later considering we were once again ill equipped for light, and the means to keep ourselves warm. We didn’t say it out loud because we didn’t want to give energy to it, but I knew Jan was praying the same thing I was, that this night would not be a repeat of the previous one.
I suggested we get our bearings.
Suspended on a fallen tree trunk and bathed by sunshine, I decided to compose a letter to my family, depicting in vivid detail our San Francisco experiences. I described Peter, Michael, and Gerry in that order. It had only been two days since leaving the Order, but I missed the place and the people in it. I knew Jan did too. My family wouldn't likely be surprised by how fickle and capricious I seemed to have become since leaving home. I hoped they would try to understand.
Just as the night before had sucked, this one did too – only worse. Here we were nearing the end of April in California, but the temperature felt like January in Southern Ontario as far as we were concerned, mostly because of our inept sleeping bags. It didn’t help that we were hungry – a bag of Fritos corn chips split between two people and an apple each doesn’t cut it when you’ve hardly eaten all day. Cold, hunger, and fatigue sends rational thinking out the window. I started to feel responsible for dragging Jan along on this unpredictable excursion. She, too, had wanted to travel, there was no question in her mind or in mine. The reality was, at barely seventeen years old she was sixteen months younger than I, and probably scared shitless. I know I was – of all kinds of things, the least of which being wild animals or crazy rapists running through the woods looking for unsuspecting victims to overtake and kill. Freezing to death in our tent flashed through my brain. In many ways, I felt like I should have been the prudent, older protective sister. I was, however, able to take small comfort in the fact that Jan was above holding other people hostage for her own choices.
Lying silent in my sleeping bag that night wide-eyed and shivering, I felt increasingly guilty about how our trip seemed to be hitting the skids. Not good. We had no other choice but to accept our present circumstances. There wasn’t much else we could do but try to go to sleep. With the temperature dipping down to almost zero it would be another long and unforgiving night.'
*****
1976: Tapes from California © 2013 Jill C. Nelson. Awesome Inc.
﻿
Posted by Jill C. Nelson at 1:45 PM