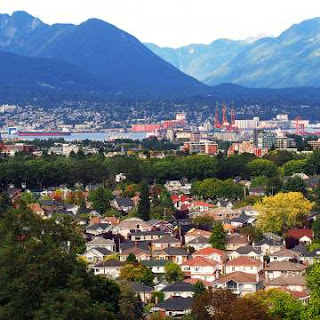 “If you are lacking certain things in your life scheme then you have not made the pattern for them, or you blocked it with another, or you did not think that you would have them anyway. So, did you get what you expected – Did you? Yes, I think you did. We have news for you – you do not face the world at any time; the only world you face is the world of your own being – body/soul/mind, and your atmosphere – which is your responsibility. You should prepare then. This is your world and your responsibility.” – The Golden Force, Chapter 3: Growth (pages 27 & 28).

'Since leaving San Francisco, I’d started reading portions of The Golden Force, trying to digest the book’s message, and assimilate it with my pre-existing belief system. Deceptively taxing reading, the book required a good deal of thought and analysis. Until that point, I’d mostly read contemporary and classic literature, biographies, and true crime. Specific passages of HOOM’s holy book were not only demanding and tricky to understand, but hard to imagine assuming into my life. By adopting a more studious approach (not my usual forté), eventually, I hoped to grasp initiatives.


It was too soon to know what I would do with the information.
As of late, I’d found myself identifying with one of my literary heroes, twenty-year old Franny Glass, the chief character in J.D. Salinger’s immortal novel Franny and Zooey. As the story unfolds in the Glass family’s New York City apartment, having taken a sudden exodus from her studies, as if an appendage, Franny clings frantically to an anonymously written book of Russian origin; The Way of a Pilgrim. Her preoccupation with the book’s divine subject matter has driven Franny into a paradoxical, spiritually charged emotional state, causing her to question everything she had come to take for granted, exasperating her mother Bessie, and particularly, her brother Zooey.
Given my incongruous state of being, I was beginning to appreciate Franny’s impasse. The fact the book had belonged to her beloved (and deceased) older brother Seymour did not escape me.
The previous evening after Jan, Fujiko and I finished dinner, now Father’s Day weekend, I walked over to a Safeway to place a rare collect call home. Significant changes had transpired within the last couple of months.
The conversation with my father went well. Dad and I reminisced about our family trip to Vancouver and San Francisco many years before. Then he passed the receiver to my mother. Filling Mom in about our recent travel adventures, eventually, I broached the subject containing the four-letter-word: H-O-O-M. Explaining there was a possibility I might return to San Francisco in the fall to join the organization as a novice-in-training, I stressed this was only one option of many. By her silence; I knew what my mother was thinking: She’s lost her mind. HOOM is an insidious cult!
“What about St. Lawrence College?” Mom put forth a concerted effort. “I've sent in the $35 registration fee. I thought you’d at least consider it. All your friends will be going off to school.”
I hated letting my mom down. “I don’t know.” I said. “I’ll first have to see what happens with HOOM. I’m not ruling anything out.”
Negative propaganda surrounding counter cultures, communal lifestyles, spiritual cults and worse -- left wing, grass roots guerilla groups employing weaponry to overpower opposition, populated the news in the years leading to our departure. It was a tough sell attempting to mollify parents when stories of diabolical and violent masterminds such as Charles Manson, and more recently, the S.L.A. (Symbionese Liberation Army); a subversive group that headlined media outlets following the 1974 kidnapping of Patty Hearst, daughter of newspaper mogul Randolph Hearst, were in the forefront. These reprehensible stories left a sour taste in the mouth of parents and establishment – making it veritably hopeless to convince my mother that Holy Order of Mans was different.
Thankfully, there wasn’t time to debate the issue. Keeping the call short, we segued into a softer, palatable topic. I told my mother how much I looked forward to seeing family again in less than two months. Mom was pleased to hear those words. The best part of returning to Southern Ontario was the prospect of seeing old friends again, though with everybody headed in different directions come September, our bittersweet reunion would be short-lived.
Hanging up the receiver, something ugly dawned on me. By relating information I knew would upset my mother, unintentionally, maybe subliminally, I'd wanted to hurt her. If so, that made me a callous bitch. It possibly also meant I was hoping to seek revenge for something. In truth, I hadn’t expected my news bulletin to receive a warm reception. However, by stressing words such as if and maybe, I felt my update was delivered in a way that was acceptable. It’s about making a convincing sales pitch. Sometimes the manner in which an idea is presented is easier to digest than what is actually said. In my case, the strategy accomplished the reverse, harsher effect.
If only I was able to convince myself.
Returning to Steiner Street would depend upon what emerged in the coming weeks – if any of it still made sense. HOOM didn’t have quite the stranglehold on me it had one week ago.
Still, it was there, persistent.'
Posted by Jill C. Nelson at 8:00 AM